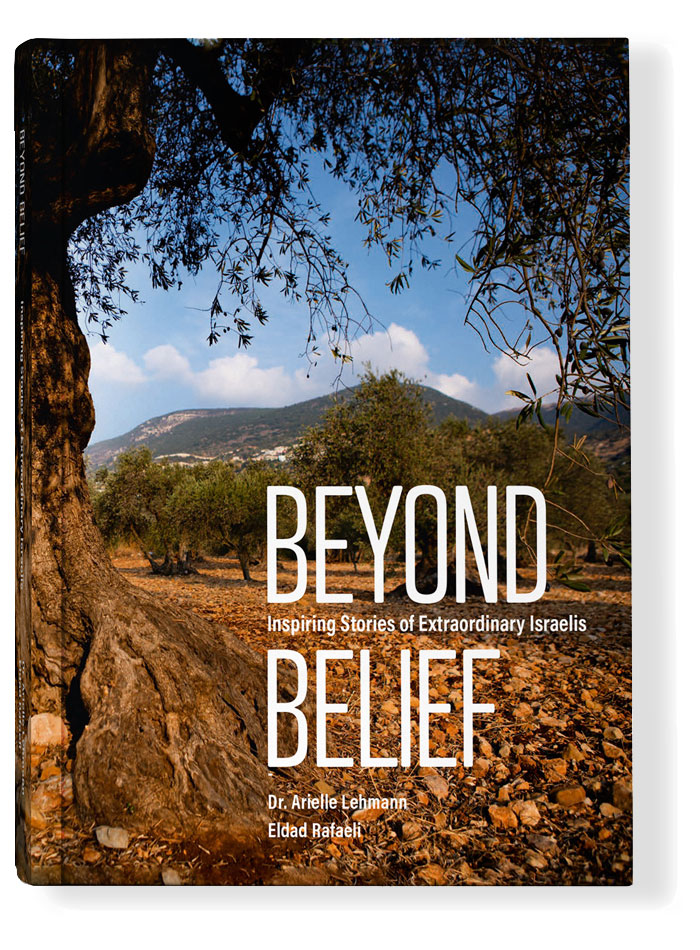 Beyond Belief – eighteen life stories of inspiring Israelis. Israelis who took their fate in their hands and transformed reality. Leaders, industrialists, farmers, artists, warriors, peace makers, athletes, educators, scientists… Men and women, young and old, secular and orthodox, public figures and people who tell their stories for the first time. Together they create a fascinating mosaic of an intense country where technology meets tradition and East intersects with West.

Beyond Belief is for anyone who is interested in the depth and diversity of a place like no other. It is a book about life challenges and hope. This unique album brings together the wisdom and beauty of eighteen Israelis who show the path for a meaningful life and a better future.